Violetta "Tini" Castillo (born June 26, 1995) is a talented girl and the titular and protagonist character of the Violetta original television series. She is intelligent and full of life but has a very overprotective father. She is a spontaneous and a very honest girl. She has a beautiful unique voice that she inherited from her mother, who died in a bus crash when Violetta was 4 years old. Violetta just wants to find her own place in the world and to learn more about it. When she returns to Buenos Aires, Violetta discovers her passion for music and starts attending Studio 21 (now On Beat Studio) behind her father's back. There, she makes her first friends and learns more about herself. She also meets two very different boys, Tomas and Leon, who fall for her. Soon, she finds herself in a love triangle and has trouble deciding who she truly loves. Violetta realizes that music means everything to her and that singing is what she wants to do for the rest of her life. But she knows that her father wouldn't accept it and, out of fear, she hides everything from him, complicating their lives even more, until the final episode of season 1, when he heard Violetta singing and he accepted her passion for music.

Violetta is a very bright, kind and friendly girl. She is usually always honest, but not when it comes to her father she has to hide some things Violetta loves to sing, but she knows her father wouldn't want her to be a singer, so she hides this from him. She doesn't want to lie, especially to him, but she knows she would regret it if she gave up on her dreams. Violetta has a romantic side and wants to find her true love, but everything gets complicated when she finds herself in a love triangle. She can't decide who she loves the most: Tomas, her first love, or Leon, her first kiss. She can get very confused sometimes and has trouble understanding her own feelings. She likes reading her mother's diary because it makes her feel closer to her. She realizes that she has many things in common with her mother, including her love for music. Violetta discovers that music defines her and later on, she can't even imagine a life without music.

Violetta was born on June 26, 1995, to Herman Castillo and María Saramego. Many flashbacks and memories of Violetta have been seen and told by several characters that have met her during her childhood. The first fact that was mentioned is that her mother died when she was 4 years old, and after that pain, her father decided to move away from Argentina to forget it. She had to travel a lot due to her father's job, that's why she described her life as in and out of airports. She lived in Madrid for most of her childhood, but she hasn't seen the city at all because she wasn't allowed to go out. She always had a tutor instead of going to school, and because of this she never had any friends.

At the beginning of the series, Violetta is a shy girl, who has never experienced having friends, going to school, falling in love or her passion for music. At the end of the first episode, Violetta is walking in the rain and she slips, but Tomas catches her just in time. They immediately fall in love with each other. In episode 5, Violetta is walking across the street. Leon saves her from colliding with a bunch of skater boys. A little while later Violetta follows Tomas to the Studio and bumps into Francesca, a girl who will end up being her best friend. After that she starts to take piano lessons at the Studio which leads her to try out Studio when she finds out how much her mom loves music. She passes and becomes a member of the Studio. Soon after she joins, the students get an assignment to sing a duet with someone. Leon and her are assigned together, but she ends up singing with Tomas due to Leon getting sick and Francesca bowing out. In episode 32 Tomas asks Violetta out and she says yes, but Ludmila figures out a way to stop it. This pushes Violetta toward Leon. Violetta and Leon end up kissing which changes everything for Violetta and she starts to develop feelings for him. In episodes 39-40 Violetta has to make a decision between attending the show that the Studio is putting on or her fathers wedding. She ends up going to the show where she plays the lead role.

The show continues with Gregorio become the director. He decides to have a reality show which Violetta participates in. She also has some trouble because a new boy named Federico joins the Studio and is livinh in her house. He promises to not tell her father thankfully and the two become close friends. Violetta places second in the competition. Eventually, Violetta finds out that Angie is her aunt. She also meets her grandmother for the first time. They decide not to tell Herman, but at the end of the season he finds out and tries to stop Violetta from going to the Studio. He does this by trying to move away from Buenos Aires, but just before he and Violetta leave for the airport, Herman hears a tape Angie made and changes his mind. He lets Violetta participate in the end-of-the-year show. Also, Violetta finally works out her love life problems and decides to choose neither Tomas or Leon.

At the beginning of Season 2, Violetta is waiting for Francesca at the airport. At the studio, Violetta and the others are told that the studio will be involved with YouMix. She is happy and desperately realizes Leon is not there. She then goes to the place where Leon does Motorcross and nearly gets ran over but Leon saves her. A few days later, Leonetta reunite and have a few happy days together. Suddenly Diego joins the studio and Leon breaks up with her over his jealousy. She then is torn between Leon and Diego.

In Part 2, Violetta still loves Leon but has her first kiss with Diego, they officially become a couple and start dating immediately. Violetta then meets a new studio teacher called Jeremiah who is Herman in disguise. She starts bonding with him and they both become friends. She also says that he reminded him of her dad, so she did have one clue that it was her father. She then has trouble with Leon as she thought he broke the guitar she gave to Diego in order to help find his dad. After a while, her and Leon become close friends again and she realized Jeremiah was her father. She grew away from her dad and Esmerelda, an actress hired by Jade and Matias is also revealed as the person who stole Herman's money. After performing one of Gregorio's assignments, it is announced that there dancing competition will be put onto Youmix and the public will decide the two couples who will perform in Spain. She is paired with Leon. She, Leon, Francesca, and Diego won (Diego is paired with Francesca). In Madrid, Violetta found out the plan of Diego and Ludmilla. Violetta and Leon went back together and she became friends (again) with Diego.

She celebrated her birthday in Barcelona on the YouMix tour. She and León were together at the time. A few episodes later Leon met Gery at the track and they become friends, and Violetta finds Alex, the alias of Clement Galan, the son of a hotel owner and he doesn't respect his sons passion for music. Alex had a crush on Violetta and Gery had a crush on Leon, so they made a deal to break them up and to be with who they want. Leon saw how Alex was with Violetta and he got jealous and made Violetta upset and then they eventually broke up. Violetta thought that Leon was with Gery so she dressed up as Roxy and Francesca as Fausta and spied on him and Gery, and Leon slowly started to develop feelings for Roxy. And he finally kissed "Roxy" and then Violetta revealed it was her.

After the kiss he didn't want to see Violetta again and he was distraught. Violetta uploaded a video to YouMix to say sorry to Leon but he didn't forgive her. Gery came up with a plan to get Leon even farther from Violetta. The band had a gig and she canceled it pretending to be Violetta and Leon thinks that she's the one that did it to sabotage them. In episode 59 he realizes Violetta is worth it Just when she was starting to get over him and when she heard what he was trying to do and tried to explain it to him but Gery broke his phone. In episode 60 it was the bands CD and Violetta had a solo and then he came in and sang with her and kissed her. In episode 61, Leon and Violetta decide to stay friends. In episode 67, Priscila pushed Violetta down some stairs and she accused Ludmila without seeing her. With the help of her friends she found out by security tapes that Priscila pushed her down the steps and German breaks up with her. Then the gang goes to Seville for a festival to honor Antonio and Violetta and Leon found it hard to be friends because they loved each other more than friends. Leon and Violetta met a little bit later and then Clement confessed to breaking them up and then Leon and Violetta kiss and get back together. 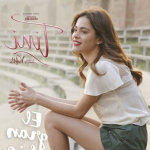 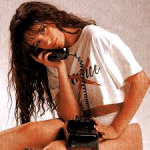